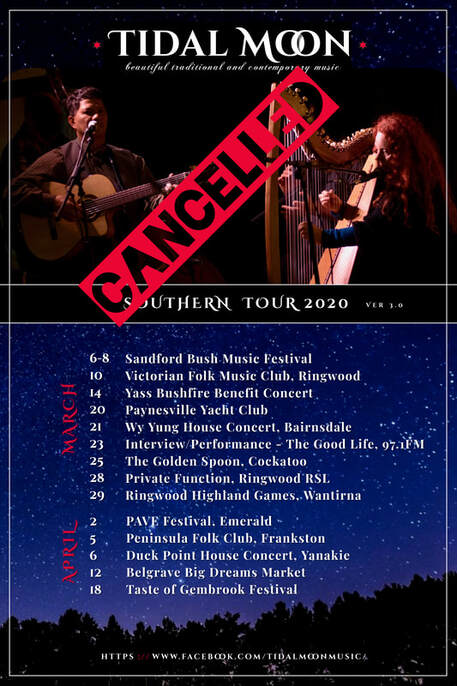 Despite now being based in two different states.  Barbara Jeffrey and José Garcia continued to perform as Tidal Moon.  Distance wasn't going to stop that but quite unexpectedly, an unforeseen little virus did.

Unfortunately due to the COVID-19 pandemic, health measures  compelled us to cancel the bulk remainder of our Southern Tour 2020, after only performing at three of the many events scheduled.

After an initial foray into the Queensland music scene, which we wanted to develop, we found ourselves unable to travel, let alone perform any live music.

So, we are adjusting to the new conditions and look forward to when we can once more return to many of the venues listed in the tour and to play music for you again.

In the meantime, please take care, be safe and may music be a place of solace, comfort, delight and joy to you. 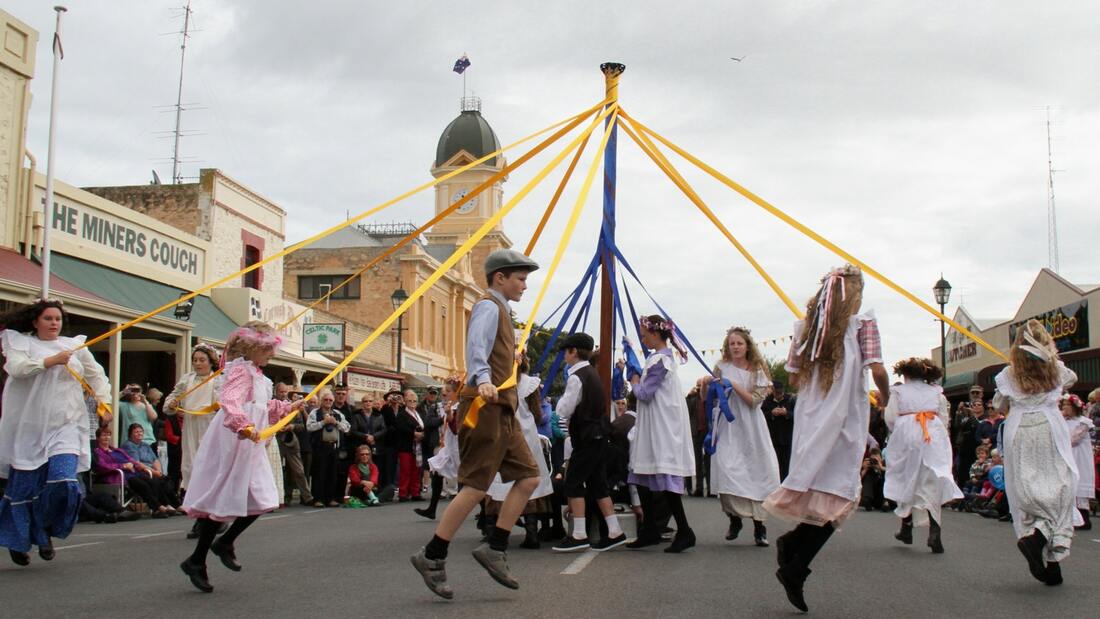 ​What is tidal moon?

With strong influences from Celtic and traditional music, our music has been broadly described as nouveau folk, world music and even "genre busters".  Our music has songs that cover over five languages.  Tidal Moon's performance takes the audience on a magical and uplifting journey through a variety of musical styles encompassing folk, country, jazz, latin rhythms, celtic, alternative and original music.  We have music in five languages.    The connection between Barbara's ethereal, soaring voice and Jose's earthy baritone vocals is magical and natural - the perfect combination of music and passion.
What is Nouveau Folk?
We've been using this term in describing the genre we play because whilst the harp is known as a fairly traditional instrument, it is capable of a variety of music styles depending on how it is played and how it is accompanied.  Not all pieces sound like "tinker bell" is playing; the harp has seen its fair share of drinking halls and loud venues and is a powerful and versatile instrument.